Book Udaan-II helicopter flight online.
A + A - A

Paragliding is perhaps the closest you can get to sailing the skies as a free bird, almost at will, dipping and wheeling high over the hills and valleys. The recreational activity is dangerous but if done under strict supervision, it’s thrilling and adventurous.

Paragliding can be done solo and tandem at Bir-Billing in Kangra district. It is counted amongst the best paragliding sites anywhere in the world and is frequently picked for hosting the World Cup and other international competitions in the sport.

The rising hills of Billing provide amazing thermals that with a gush of moderate winds make for a good take-off with the landing being at the terraced grounds of Bir. Other delightful sites for paragliding in Himachal include Bandla Dhar near Bilaspur and Solang valley near Manali.

In solo paragliding, trained pilots fly alone in a paraglider, whereas in Tandem flights, a trained pilot tags an amateur guest along in his glider to have him experience the thrill of free flying. Tandem flights are what most enthusiasts love to indulge in.

For those wanting to take up the adventure sport, Himachal Tourism conducts training programmes at Bir and Dharamsala (Kangra).

A new paragliding site is now available at Junga near Shimla in district Shimla, where adventure enthusiast can enjoy paragliding. 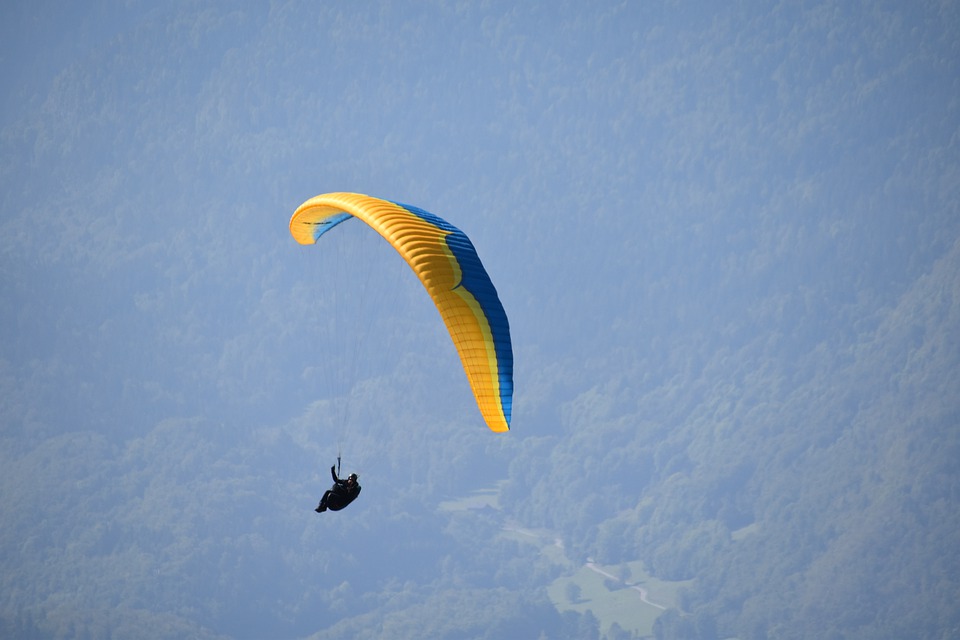 him_admin2021-03-30T17:25:52+00:00
What's NewSafety Guidelines for Tourists visiting Himachal Pradesh Shimla – Chandigarh – Shimla: Helitaxi Booking Do not stand at the edge of a cliff or on any bolder near a river bank for photographs etc. The water current in rivers of Himachal Pradesh is very strong and highly deceptive.