Located on the banks of Yamuna river Paonta Sahib is associated with Guru Gobind Singh, the 10th Sikh Guru who lived here for about three years. In the closing years of the seventeenth century, the Sikh Guru came to the princely state of Sirmaur on the invitation of its ruler Maidni Prakash. After surveying the area he decided to camp by the river Yamuna and his stay here became the foundation for the town of Paonta Sahib.
‘Paonta’ means ‘a space (or place) for a foothold’ the foundations of the Gurudwara were set by Guru Gobind Singh. The Gurudwara overlooks the Yamuna which flows by rather quietly. Paonta commands fine views of the Doon valley and the nearby hills. There are also two temples of Rama and Krishna. The ground is shaded by trees. It is the venue for the Hola and Baisakhi fairs held in March / April.
The Gurudwara has a palanquin of gold donated by a devotee. Shri Talab Asthan and Shri Dastar Asthan are two notable places inside the gurudwara. Kavi Darbar is near the Gurudwara. It is the venue for holding poetry competitions. The weapons and pens used by Guru Gobind Singh are displayed in the museum. The Gurudwara is visited by Sikh pilgrims from all over India and abroad. Paonta Sahib is 45 km from Nahan.

Language: Hindi, Punjabi, English are understood and spoken by the people engaged in tourism trade.
Temperature: In winter the temperature can hover around freezing point and summers are hot.
Clothing: Cotton clothes in Summer and Heavy woolens in winter.

By Road : Paonta Sahib is easily approachable from Nahan (45 Km), Dehradun (45 Km), Haridwar (117 Km), Shimla (180 Km) by bus, car or taxi.
By Rail :Nearest railway stations are at Ambala and Dehradun.
By Air : The nearest airport is at Chandigarh and Dehradun

Seek blessings at the Paonta Sahib Gurudwara
Sikh history has a close connect with this Gurudwara. Guru Gobind Singh, the 10th Guru, camped at Nahan for four years till 1685 AD and wrote much of the holy book Dasam Granth here. Foundations of the Gurdwara was laid by the Guru and it still prizes in possessing many of his relics. An imposing dome crowned iconic building on the bank of River Yamuna, the Gurdwara attracts a steady stream of Hindu and Sikh pilgrims every day. Free meals offered by the Gurdwara are funded by the contributions made by the community towards the upkeep of the place.
Close to the Gurdwara is a temple dedicated to river Goddess Yamuna. Two other temples to Lord Rama and Krishna are nearby. Paonta Sahib is 45 km from Nahan, 120 km from Chandigarh and 174 km from Shimla.

Picnic at Khodri Dak Patthar
An aesthetic fusion of nature and man-made marvels, Khodri Dak Patthar is a picnic spot, just 25 km from Paonta Sahib. It has a quiet park, a swimming pool and a tourist bungalow. An artificial lake formed after the construction of a diversion dam on river Yamuna is a good place to spend leisure time.

Relish fruits and jams at Dhaula Kuan
On way to Paonta Sahib, 20 km from Nahan, Dhaula Kuan is known for its juicy orchards of citrus fruits and mangoes. At a factory outlet here, freshly packed juices, jams, pickles and canned fruits attract ready buyers. At a little distance is the Kastasan Devi temple, built to commemorate an old battle victory by a former ruler of Nahan.

Renuka Fair
The town of Renuka, situated 50 Km from Paonta Sahib observes a religious fair which includes cultural programmes organized during the evenings. The fair brings wholesome entertainment to the tourists and locals. This annual fair is scheduled to be organized in October/November. 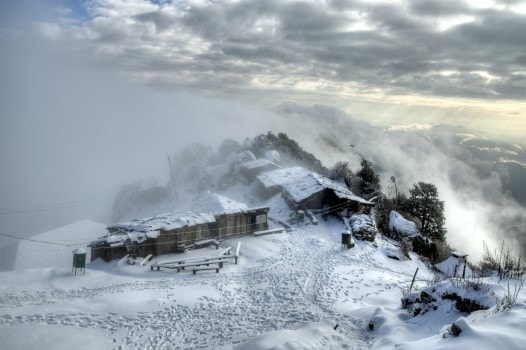 Churdhar
The highest peak of Sirmaur, Churdhar rising to 3,647 meters is a trekkers delight. The views are so wide that George Everest, a surveyor general after whom the world’s tallest peak is named, used the vantage point of Churdhar to survey much of the western Himalayas from. Peaks around Badrinath and Kedarnath can be seen from here and towards the south, vast plains of the Gangetic plains open up to meet the horizon.
Churdhar is accessible from three routes, Chopal, Nohradhar and Haripurdhar. Passing through small villages, cultivated fields and alpine meadows, the trek is moderately difficult but rewarding. Just below the summit is the temple of Shirgul Devta, worshipped in form of a lingam as Chooreshwar Mahadev. At the peak is a recently built temple of Lord Shiva.
Around the massive mountain there is a wildlife sanctuary, a wilderness wealth of herbs and beautiful alpine flora. Walking through the sanctuary one can spot monal, koklas and khaleej pheasants. The canine-toothed musk deer and the Himalayan black are known to inhabit the higher forest areas of the mountain.

Haripurdhar
Perched on a ridge this beautiful hill station with wide views overlooks a valley that was named Bhangayani after a famous temple in the valley. Devi Bhangayani is held to be a relative of Shirgul Maharaj, the presiding deity at Churdhar peak. The scenic landscapes and high rising mountains in the backdrop gives this place the look of a painting on canvas. It also serves as a base camp for a trek to Churdhar. Haripurdhar is 86 km from Nahan. 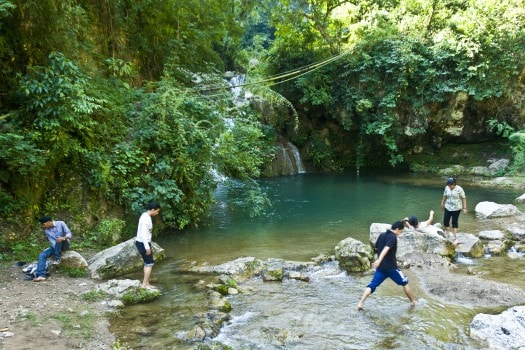 Spread over 400 acres and located amidst the sylvan surroundings, Baru Sahib has come up in recent years. It can be reached from Solan, Rajgarh route (63 km).

Sirmauri Tal
Sirmauri Tal is on the southern bank of the Giri river and was once the seat of the Sirmaur Kings. The story is that it was destroyed in a flood after being cursed by a court dancing girl when the ruler went back on an oath to give half of his kingdom if she crossed a narrow gorge on a rope. This, she did but the ruler offered her the entire kingdom if she could dance her way back. She started back but as she was halfway across, he cut the rope hurling the helpless girl into the stream. It is said floods followed which swept away the town. It is 16 km from Paonta Sahib and 25 km from Nahan.

Dhaula Kuan
On the road to Paonta Sahib 20 Km from Nahan, this is worthwhile stop which prides itself with a sprawling orchard of citrus plants and mangoes, and a fruit processing factory manufacturing various kinds of juices, jams, pickles and canned fruits. A little away from Dhaula Kuan is Kastasan Devi temple where Raja Jagat Singh defeated the advancing army of Rulam Quadir Rohilla in a great battle. Their victory is commemorated in the Devi Temple, built in gratitude by the Raja. Dhaula Kuan also has a research station of HP Agricultural University where useful research on tropical fruits is carried out.

him_admin2019-04-30T18:18:03+00:00
What's New Safety Guidelines for Tourists visiting Himachal Pradesh Shimla – Chandigarh – Shimla: Helitaxi Booking Do not stand at the edge of a cliff or on any bolder near a river bank for photographs etc. The water current in rivers of Himachal Pradesh is very strong and highly deceptive.